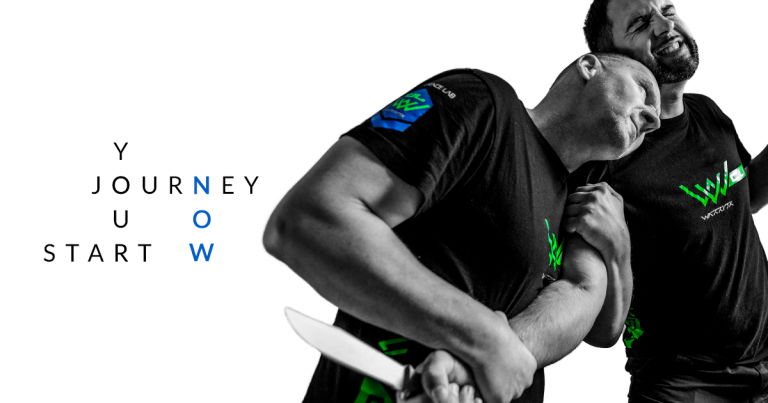 You have started training in your Krav Maga Training Program, and now must prepare to train and learn to defend yourself.  It begins by understanding some basic principles for Krav Maga…

First and foremost, we avoid all confrontation when possible. We do this by being aware of our surroundings, avoid potential dangerous situations when possible, and de-escalating and walking away when we can.  Remember you always win the fight you are never in!  However, if we have done our part, but still face a potentially violent encounter, then the following are the principles that we will follow.

The following Principles are taken directly from Warrior Krav Maga knowledge domains and are meant to help educate our students and help make them effective in their training, and more importantly in defending themselves in a violent encounter.

We use whatever works.  We operate on the premise that there are no limiting rules of engagement when it comes to protecting yourself.  For pure self-defense, we must do whatever is required for us to survive.  This means we can pull hair, bite, poke the attacker in the eyes, or even knee them in the groin.  Self-defense is a fair fight no matter how dirty your play!  (Special Note: each student should make sure they understand their rules of engagement at all times.  For more, read Rules of Engagement Blog Post.)

Once physical contact has been made, we will utilize a three-part process – 1) Address the immediate danger; 2) Violently Counter Attack; and 3) Evacuate the danger Zone.  Addressing the immediate danger is just that we deal with whatever the threat or attack is, i.e., a punch, they are choking us, they have a knife to my throat, etc. We must address that danger, then we can move on to our turn.  Once the threat is dealt with now I can Violently Counter Attack. “Violently,” you must face violence with violence, so you must be willing to fight back with the same level of violence being directed at you to end the confrontation.  Finally, after dealing with the initial threat or attack, violently counter attacking, now you need to evacuate the danger zone.  While you are evacuating the danger zone you must maintain situational awareness, looking for exits, potential advantages and weapons in your environment, and additional attackers or threats. Evacuating the danger zone doesn’t just mean getting out of the room, it means you are in a safe location where no additional attacks are possible.

Our goal is to dominate and neutralize the threat as quickly as possible.  We do not want to engage into a fight and exchange blow for blow with someone we don’t know anything about (i.e., capabilities, strength, speed, etc.).  We want to end threat or attack as quickly as possible.  I often tell students that they should assume the attacker is faster, stronger, more skillful, so the less time you spend the less opportunity they will have to harm you.  Even the samurai warriors of ancient Japan, understood, that less time they spent in a fight the better…“One draw, One Cut, One Kill!”

Once a confrontation has started, we must utilize Retzef:continuous and aggressive combat motion to overwhelm the opposition. There are two key words we must recognized continuous, meaning non-stop action; and aggressive, meaning violent and assertive in outcome.  The idea is once you start fighting, you keep fighting until you are safe!

In order to reset our attacker’s thought process, we must inflict pain and offset their balance.  We must make them play defense, dealing with their balance, and realize that attacking you was a bad idea.  Remember they made the choice of playing with fire, make sure they get burned.

You don’t beat someone by physically paining them into submission on the street, you defeat someone psychologically and physiologically.  You are not in an MMA ring, people either don’t tap out or just use it as a ploy to counter attack.  We must not give them the opportunity, if we utilize grappling submissions, we use them to break something.  This is the street, we must make them want to end the confrontation by making them realize this was a bad idea (psychologically); or by literally breaking them (physiologically).

All attacks should be targeted to vulnerable parts of the body.  These include the eyes, nose, ears, throat, groin, knee, and spine.  This is done because your size relative to the attacker is not important.  Someone of small stature can still deliver an effective blow to the groin or poke in the eye. These parts of the body are vulnerable regardless of size and most often of circumstance.  This means that these targets are available the majority of times of year.  These targets will give you the quickest advantage to end the violent encounter.

Finally, we must maintain Situational Awareness while dealing with a threat in order to look for additional attackers, escape routes, and weapons of opportunity.  Situational Awareness can also help us avoid the majority of potentially dangerous situations.  During a violent encounter it will help us avoid additional attackers, escalation of threats such as weapon being drawn, and lead to a quick escape.  After an encounter, we must still keep our situational awareness to avoid additional threats, help us get to safety, and avoid re-counter our attacker.

For additional information and training Please contact our Instructors at Bloomington ATA Family Martial Arts at 812-727-3499, or seek out a trained, professional Warrior Krav Maga Instructor.

We Want YOU To Stay Informed!

Don’t Forget to stop by here each week and visit this page for our Special Offers, News & Events, Martial Art Schedules and Community activities. Thank you for visiting our website!

Please leave us a Review and Testimonial and tell us how well you enjoy our programs. Our goal is to serve our students with the highest quality training and facilities in Bloomington, IN. Thank you for giving us the opportunity to serve you and your family. Please LEAVE A Review

Thank you for visiting our student page and community resource area.

We have this Customer Service box here to help you and your family. Do you have a question, suggestion or concern we can address? Please click the link below to complete the form. Name, email, phone # and a note with regard to how we can help you is all we need. Our team will reach back out to you within 3 business days.
Get In Touch!

Do You HAVE A Friend, family member, neighbor or one of your children class mates that could benefit form our karate kids or martial arts programs for adults?
Please send them our information or talk with one of our Instructors today.

Are YOU Seeking Martial Arts?

We offer kids karate and martial arts for adults with quite a few programs that service our community members.
Learn More!